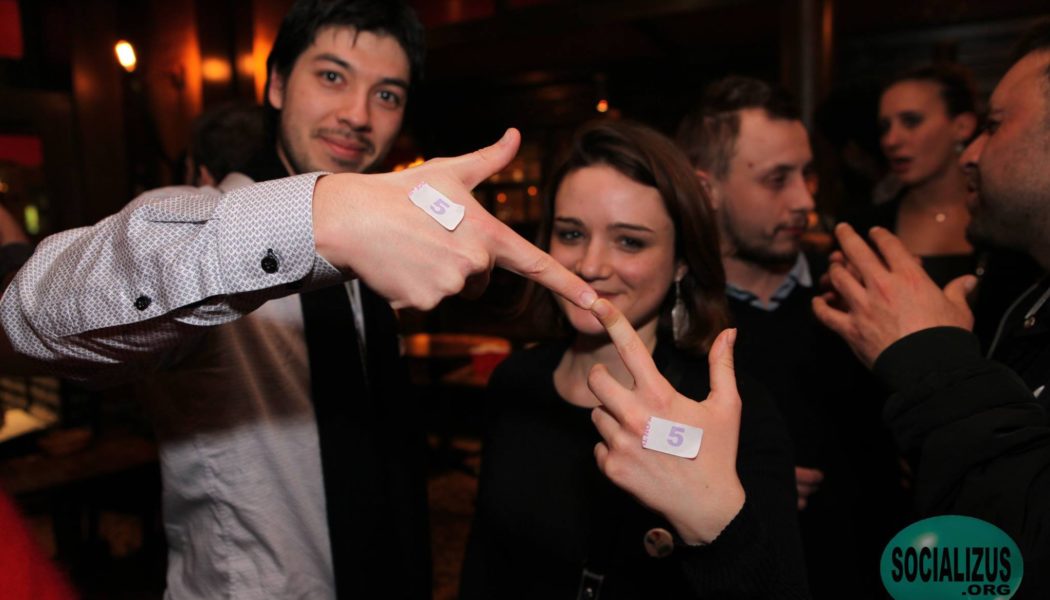 We’re going to tell a story, the story of Michelle.

Michelle is a Latin girl who pushed by her love to Paris, she decided to come to study art. She did not speak French and did not know anyone. Her first month she lived in a « huge » room of 14 meters in the 13eme arrondisement. After a few weeks Michelle felt alone and thought returned to her country where she has friends and where everybody speak her language. But something stopped her, she knew that there was a Latino community in Paris and also « had to » be a passionate community of art like her, but …. where? She joined to several groups on Facebook but did not have many results because the members shared interesting information but they were unwilling to meet her, no time.

And a Wednesday that Michelle was walking around the St Michel Square, came almost by chance to a Socializus event, where she met the first member of her Parisian family, David. David also spoke Spanish and introduced her to Clara, a French native of Strasbourg also studying art. The next Wednesday Clara presented Michelle with Stefan, who was a French teacher who recommended her a French course that Michelle did not hesitate to take. The following week, David and Martha invited Michelle, Clara and Stefan to start dancing in the St André. Michelle’s life changed. And so, among Chileans, Argentines, Spanish, French, Italian and German, Michelle found her little Parisian family to party, share a beer, learn French or talk about art. Michelle never again felt alone in Paris.